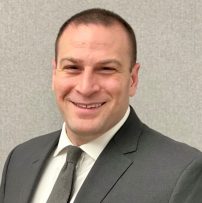 Joining Modern Transportation in 2013, Mr. Benacquista began as a Terminal Manager and quickly progressed to Area Director of Operations, overseeing continued success across Modern’s field operations.  In 2016, Mr. Benacquista was promoted to Director of Pricing and Operations Support, a role in which he focused on applying a data-driven approach to evaluating Modern’s business portfolio and operational processes.  A natural progression to these efforts, Mr. Benacquista was promoted to Sr. Director of Pricing and Continuous Improvement in 2022, a role in which he will expand this analytical approach to all departments making Modern Transportation a more data- and process-driven organization.  Prior to joining Modern, Mr. Benacquista gained wide-ranging transportation experience during his eight years in various roles with YRC Freight.  Mr. Benacquista is a graduate of the University of Pittsburgh, holding a Bachelor of Science degree in Economics.